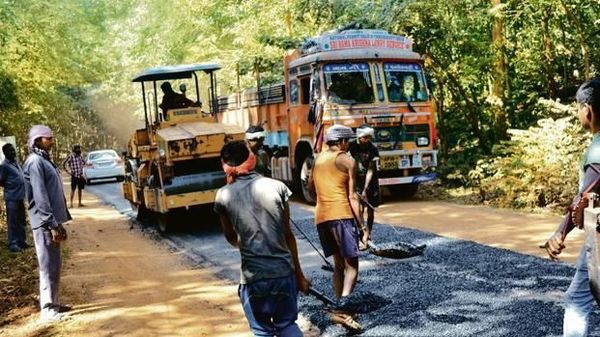 Road developers in the engineering, procurement and construction (EPC) segment could see revenue growth halve in FY20 and FY21 compared with 30% in FY19, largely due to slower awarding of projects and delayed receipt of 'appointed date', which is the zero date or kick-off date for start of a project, from the National Highways Authority of India (NHAI), rating agency CRISIL said in a report.
“The NHAI awarded a whopping 7,400 km in FY18, which slowed down the following year to about 2,200 km," Sachin Gupta, senior director, CRISIL Ratings, said in a report. “In the current fiscal and the next, awarding is expected to be about 4,000 km a year. The delay in declaring appointed dates for the projects awarded, on the other hand, is primarily due to issues in land acquisition. CRISIL's analysis of 119 hybrid annuity model (HAM) projects shows almost 30% of these have not received appointed dates more than a year after these were awarded.”
The slowdown, however, is unlikely to impact the credit profiles of EPC players, primarily because of three reasons, CRISIL said in its study of 75 companies it rates in this sector. As of last fiscal, these companies had a healthy order book of about ?2 lakh crore, which is over 3 times their revenue in FY19, providing high revenue visibility for the next two years. Also, these companies have kept a check on their debt levels while pursuing growth, the agency said.
Additionally, renewed interest from global funds has given a fillip to the sector, and divestment of project special purpose vehicles through infrastructure investment trusts or asset level sale has supported the improvement in capital structure.
“The concession agreement for HAM allows for mutual termination of a project in case the appointed date is not received within a year of signing of this agreement, and a few projects have indeed been terminated on this ground recently. An increase in project terminations would further impact the revenue growth of these companies," said Sushmita Majumdar, director-CRISIL Ratings.
CRISIL believes that while there is a visible slowdown in revenue growth of most road EPC players, their credit profiles would sustain. And NHAI's focus on land acquisition and clearances would be key to execution and sustained momentum.